He ate the stomach, the liver and intestines by the yard, which might have worked if he added a little cilantro or saffron, but he wasn’t satisfied. He reached into the fractured skull, got a handful of the brain and took a bite.

It was a revelation. 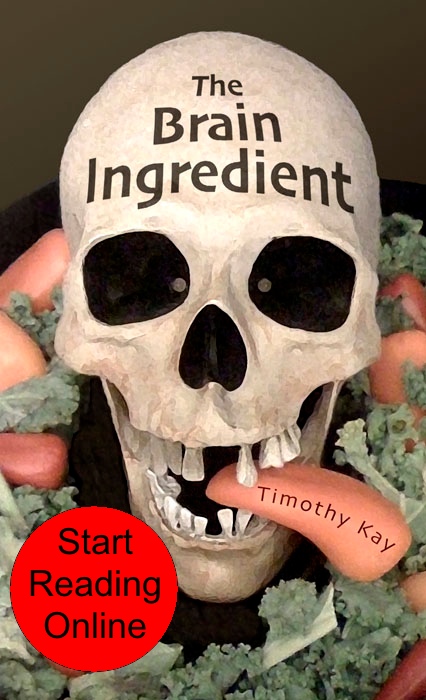 Kaveh is a chef, fighting to broaden palates in a town full of closed minds. Then zombies eat his guts.

Lisa's years of watching monster movies don't prepare her for the flavor of death she faces when trying to avoid leading the human survivors through the end of their world.

Kaveh's corpse finds a new way into people's heads, but the brainless zombies around him have no interest in the cerebral cuisine he offers. His only hope for understanding is to find the woman whose life he died saving, who thought she knew so much about monsters.

Lisa could kill him before realizing what he is, or Kaveh might forget himself and eat her brain without meaning to. As they each redefine survival in different directions, Lisa mourns the security of a life that no longer exists, and Kaveh fights to open his restaurant after all, with a menu that's just a little more human.

Available in all e-book formats from Smashwords